What happens when a captain submits a team from the public site?

When a captain creates a team the following takes place: 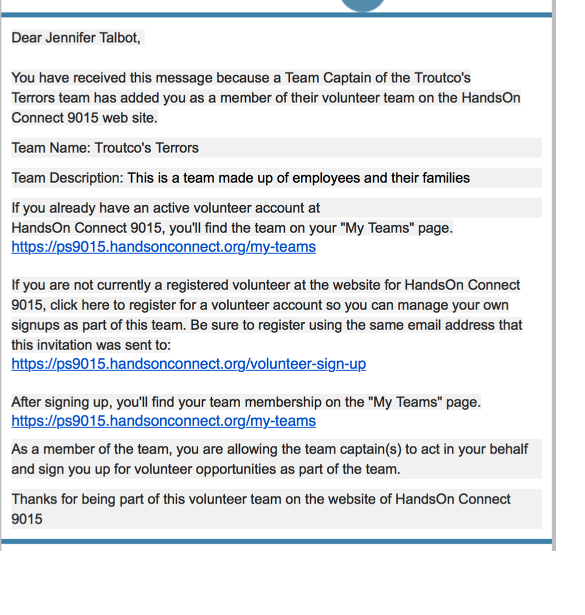 Anyone who does not have a log-in is invited to come to the site, and register for a volunteer account.

Those with no emails get nothing - and its up to the captain to take responsibility for them.

On the admin site, several records are created and/or updated:

A Volunteer Team Record is created 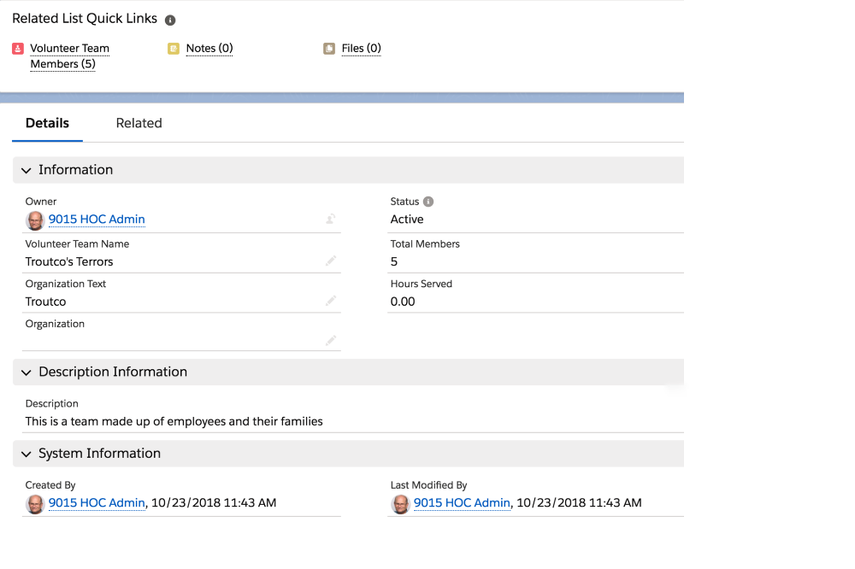 A record for the custom object "Volunteer Team" is created.  It has the following fields:

A volunteer Team Member record is created for each team member 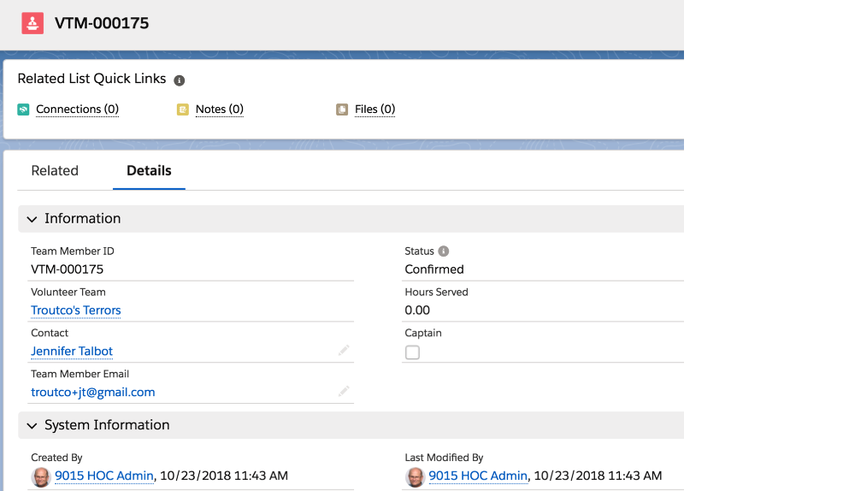 Zoom: A volunteer Team Member record is created for each team member

It has the following fields:

-  Confirmed - The team member logged in or registered, and ACCEPTED the team invitation

- Pending and Declined - (these statuses are no longer used for team members, but still may be found in the picklist for compatibility with earlier versions of HOC).

Note:  Team Captains may sign up team members for volunteer opportunities, but not if the team member status is  Former.

Only captains can sign up team members for volunteer opportunities!

There is a related list to the connections for this team member.

The email address submitted is used to determine whether a new contact should be created or not!

If the email address for an invited team member does not already exist in the system, a new Contact Record will be created.   The contact will be created with the registration status Pending (Team Registration).

It will remain in this state until someone tries to register as a volunteer using that email address.  (They will probably do so as a result of the email notification).

If the email of the invitee already exists in the system -- no change will be made to the contact or their status.  But you'll be able to see in the related list that they are a pending (or confirmed) member of the team.

When someone registers on the site and a contact already exists that is Pending (Team Registration) status -- the status will be changed to confirmed, and volunteer login access will be granted.  They will then have a profile of Volunteer.