This release has a number of under-the-hood performance improvements and reliability enhancements. It also includes improvements to the Linked In login/registration Beta,

In response to the continued requests we get to allow modification of text on system pages - we've added yet another page that can have introductory text customized in the CMS:  The /Calendar Page and the /Search page.

By default, the following text appears on the /Calendar page:

To change the text, click on the edit icon for the block which opens the Calendar Block Settings page.

On this page, you can set which filters do or don't appear on the page, and NOW, in addition, you can enter your own text which will replace the default text. 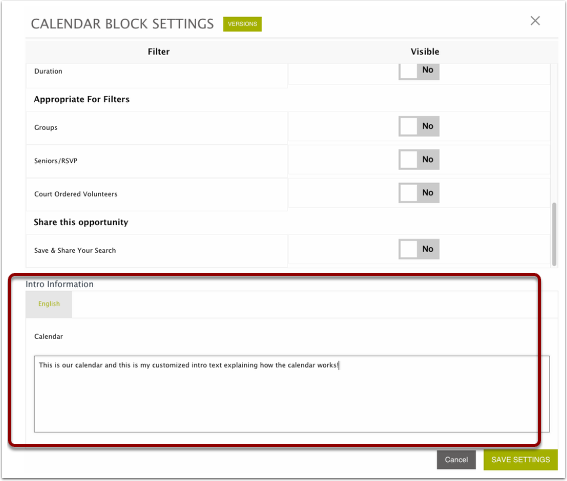 To return to the default text - delete any content put into the intro information box.

CMS: Intro text can be edited on the Advanced Search Page (HOC3-7563)

The Advanced Search Block  (the page /search) has the introductory text "Click on column header to sort."   This text can now be replaced if desired. 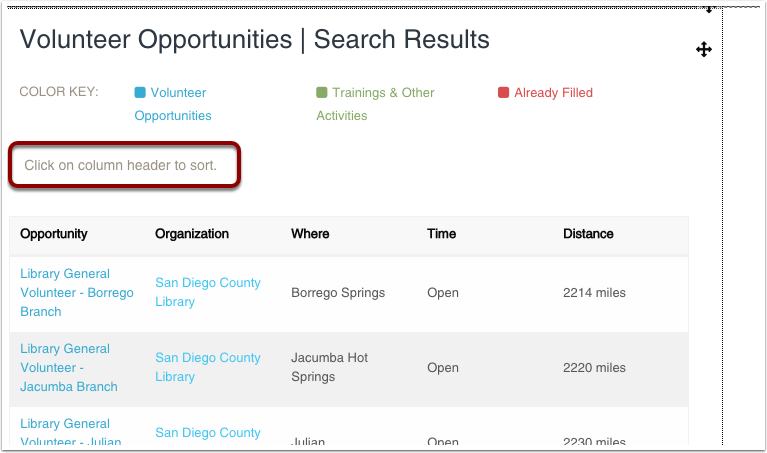 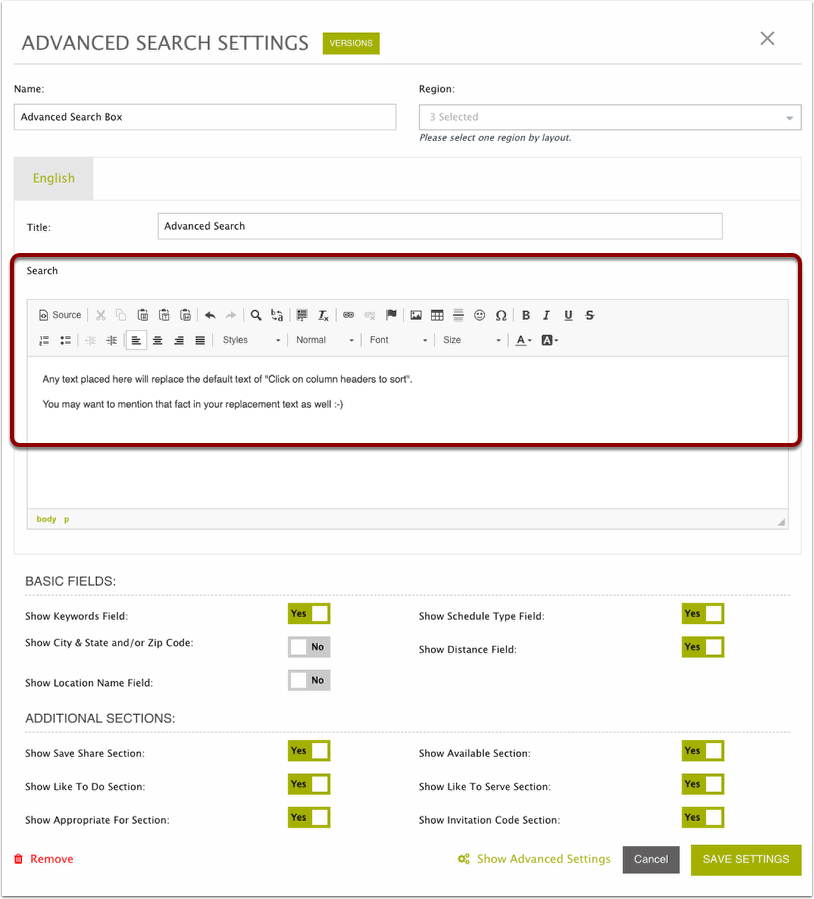 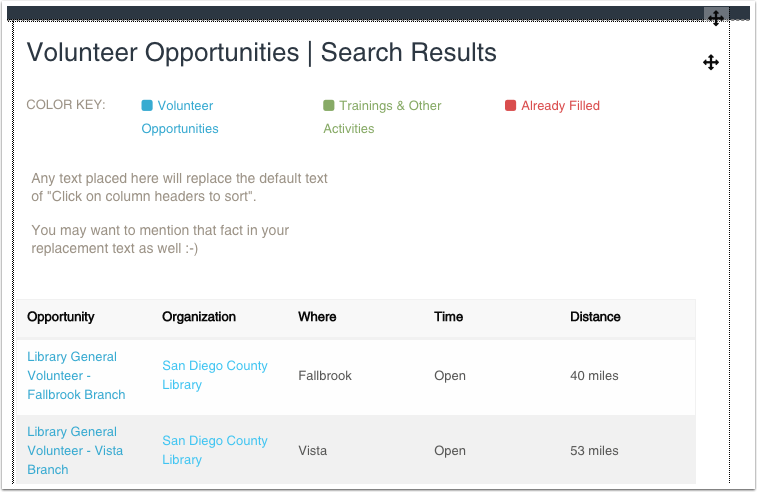 Now - if you need to see the decline reason, you can click on "View" or "Edit" for the connection, and the Decline Reason will be visible in the connection record. 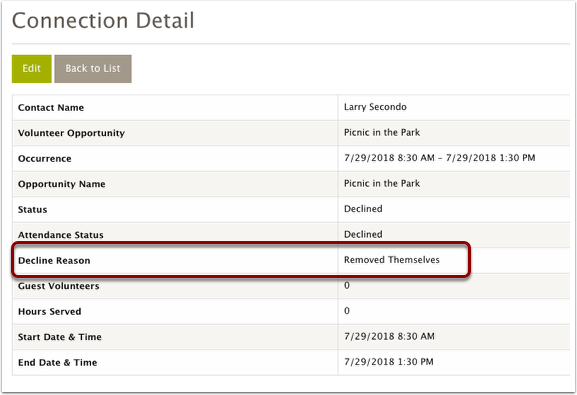 Forms have previously had the ability to update existing records in Salesforce by mapping fields directly to Salesforce.   But it wasn't possible to bring in an existing value from a record without giving the user the ability to edit that field.

Now - Forms submit adding 'read-only' fields to a form.  That way the user can see existing information about themselves, but not edit it.

To use this feature the form should be set to:

Then, when you add a field and map it to salesforce, you'll have the option to set it to "Read Only".  This will bring in the value to the form, but the user will not be able to edit it! 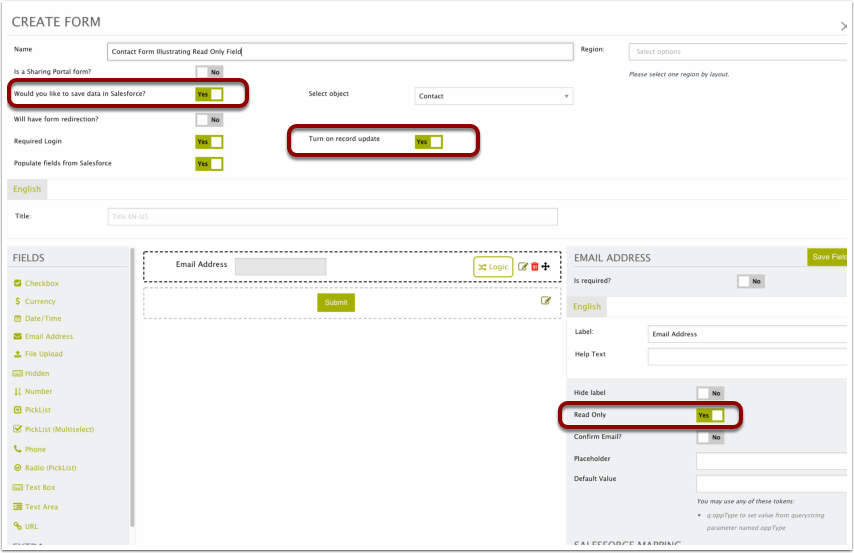 If a user is logged in, and their contact record is associated with the Business Account associated with a Business Page, then the user will no longer have to enter the company invitation code to see the opportunities.

In a past release we made it possible for a person who had declined a connection to an opportunity, to sign up for it in the future. (The existing connection is just converted to confirmed).  However, it was still the case that if you have a declined connection, you cannot sign up to be added to the waiting list.  This has been fixed.  A person who removes themselves from an opportunity at some point, can now either sign up (if space is available) or Join the Waiting List (if the opportunity is full).