The June release addresses several bugs and makes improvements to one-step attendance, the connections grid, and Individually Scheduled Opportunities which now comes out of beta and into wide-release.

Behind the scenes, the development team has started work on major features that will be part of the Summer '16 release. Join us at the Points of Light Conference for announcements of significant new features coming during the summer release quarter.

The June release will be pushed out to your instance of Salesforce between May 27 and June 3.  Look for the Jun 16 logo!

Individually Scheduled Opportunities is out of beta and in general release. 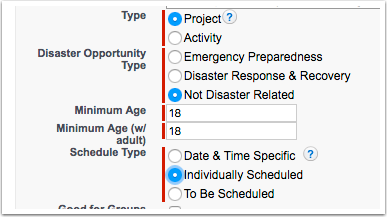 All customers using the standard version of the Volunteer Opportunity Wizard will be upgraded to the new version which allows the creation of Individually Scheduled Opportunities (ISOs). The option to create and manage To Be Scheduled opportunities will remain for the near future - but we encourage partners managing ongoing volunteers to start using the improved Individually Scheduled opportunity type.

The Help Section in the Partner Portal has Quick Start videos and written documentation that will explain how to use this new opportunity type.

HandsOn Connect clients who have previously paid for customizations to their volunteer opportunity wizard will be contacted regarding timeline for adding ISOs to their customized wizards.

We've made several improvements to Spring's One Step Attendance Feature:

Connections for volunteers of occurrences that were cancelled, were appearing in the "Scheduled Volunteer" tab.  Given that their attendance status gets automatically updated to 'cancelled",  these connections will now be automatically displayed in the "Attendance Reported" tab - since the volunteers are no longer scheduled to attend, and their attendance has been fully reported.

Custom Questions are not compatible with Individually Scheduled Opportunities (ISOs) due to the fact that a single occurrence can have many connections by the same person. However it was possible to mistakenly add Volunteer Opportunity Questions (VOQs) to an ISO.  A validation rule now prevents a user from accidentally adding VOQs to ISOs.  (Is that enough acronyms in one sentence for you?)

Improvements to connection updates related to canceling an occurrence (HOC-481)

Normally one should have no reason to cancel a To Be Scheduled or Individually Scheduled Occurrence.  The normal and proper way to stop publishing one of these occurrences is to make the occurrence inactive (which will remove it from the website for future signups).

Nonetheless, some people were marking these occurrences as cancelled, and as a result, all connections, past and present, associated with the occurrence were being updated to 'cancelled' and emails were being sent to the connected volunteers.

Now, if someone cancels a TBS or ISO occurrence,  only the connections for future dates will be marked cancelled and notified that their upcoming connections are cancelled.  (Connections for past dates will not be disturbed and have their prior attendance status and hours served changed).

1. When making certain fields required in the "demographics and volunteer options" section of the registration form, the blue "* required" simple was not displaying in the section header.  This has been fixed.

2. While we don't recommend using the "year of birth" option on the registration page (because the system can't accurately determine when a volunteer has turned legal age and it makes minimum age validations inaccurate by up to a year), for those using this option, we've made sure that the registration form now says "Year of Birth" instead of "Date of Birth" when this option is enabled.

Fixed an issue where  text was not always wrapping properly on opportunity detail pages.  Note: We are aware of some issues that are occurring when editing existing opportunity descriptions.  This will be addressed in next month's release.

A fresh, more modern look on our documents (training) page: 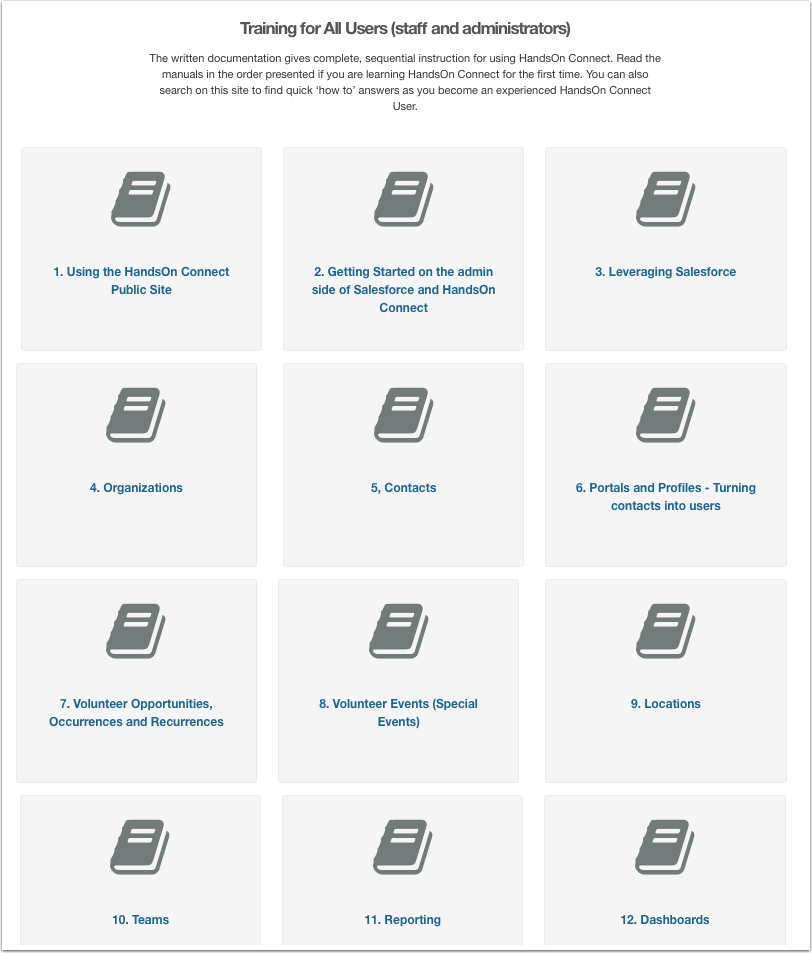 We've updated zendesk's documents tab (our training pages) to a more modern template. In the course of the next few months - stay tuned for a fresh new design and new features on our entire zendesk support site!