In this release, major under the hood improvements were made.  A second server was added to HandsOn Connect (There is now an East Coast server and a West Coast Server.  This will allow redundancy, and greater reliability if either server temporarily gets backed up or becomes unavailable.

There are also a number of improvements behind the scene to improve performance and resolve bugs related to the Check-in Kiosk (Cookie management, screen refreshes, etc.)

There are also improvements to site functionality and appearance on mobile devices.

Here are highlights of this release.

Administrative Recommended Action: Check for Volunteer Opportunities that may have become unpublished due to a short-term bug. Quick fix to correct and republish.

There was a temporary bug that affected the sharing portal during the first week in December.  In some cases, when partners edited an opportunity description, it also unpublished the volunteer opportunity by changing its status from "active" to a blank, 'null' value.

In most cases, people have discovered and corrected these on their own....  but if you want to check and make sure none of your partner opportunities were inadvertently effected, here's a quick way to check and correct the issue:

1. Go to the Volunteer Opportunity object and create a view to show any volunteer opportunities where the field status = (blank).    This will show you if you have any opportunities that 'lost their status' during the brief period when the bug was in effect. 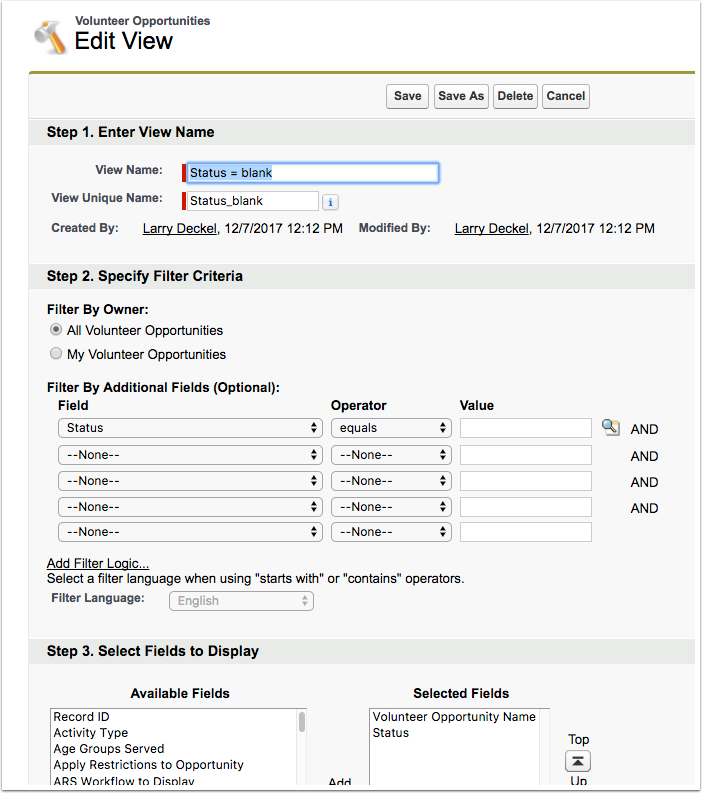 2.   Select all the Volunteer Opportunities you find (if any), and then update the status on all of them to active.   This will get them republished again.    (Be sure these are all opportunities that you DO wish to have published :-)

That's it.  Any opportunities that accidentally lost their 'active' status will be restored and republished.

The Featured Opportunity Block has gained a number of improvements to allow you to filter the opportunities shown, and determine the order those opportunities appear in.

In the Appropriate for section of the filters,  the "Age of Volunteer" field has been updated to match the way this filter works on the search page.  Specify an age, and only opportunities that are appropriate for that age (based on 'minimum age (with adult)" will be shown. 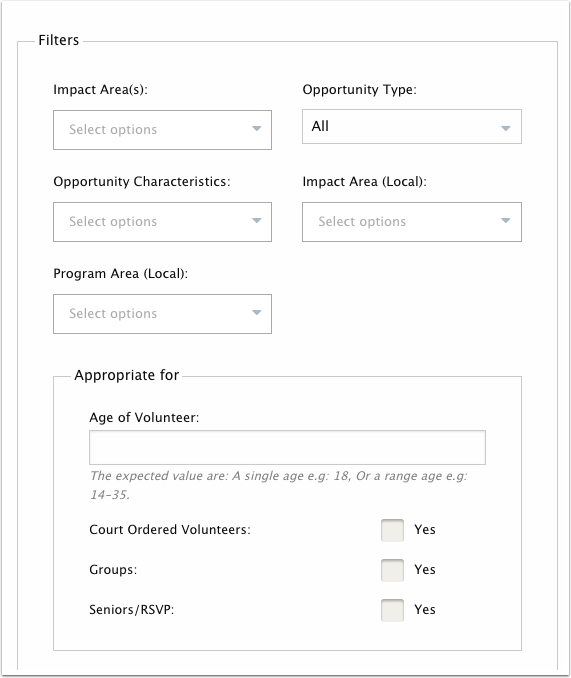 If you have a featured opportunity block that used the earlier version of "Appropriate for "Age of volunteer" -- you should update the block and enter the minimum age you want to use.  The old filter settings ("adult" "children and youth" etc will no longer be in effect). 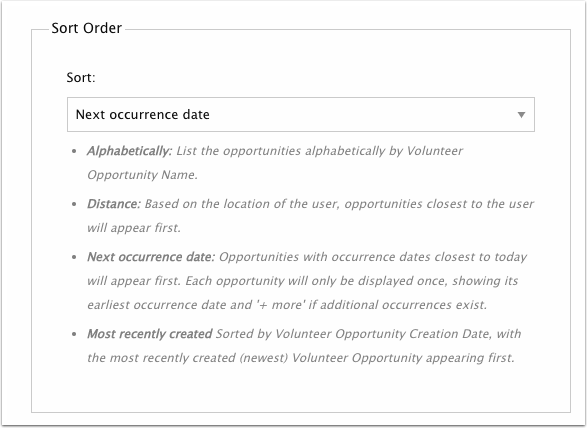 CMS Improvement: Menu items can be created that do not go to a page or URL (HOC3-4089) 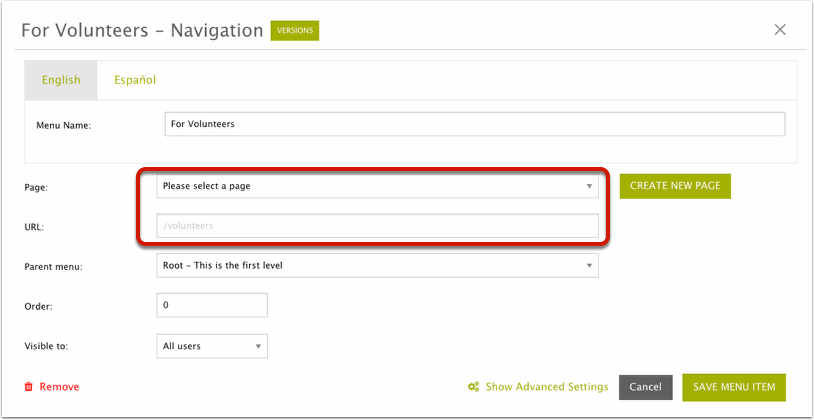 A number of improvements and bug fixes have been added to the check-in kiosk add-on.  Among these:

In this release we are updating the Check-in Kiosk to make it possible for a volunteer to check-in for Individually Scheduled Opportunities.  Here are the current limits to how this works at this time:

As this is a BETA release - please feel free to test this in your check-in kiosk, and report any issues or errors you might find.  It is available and active for all kiosks -- so give it a try with a few Individually Scheduled Opportunity connections and let us know how it works for you!

Forms Improvement: It's now possible to remove form data from forms, and delete forms no longer in use. (HOC3-4760)

Previously - all submissions for forms were exportable via the 'export form data" menu ...   but if you no longer needed that data, and no longer used the form -- you weren't able to get rid of that from the picklists of form data.

Now, if you no longer need the form data - you can remove the report's data permanently by clicking on the "Remove / Clear Report" link: 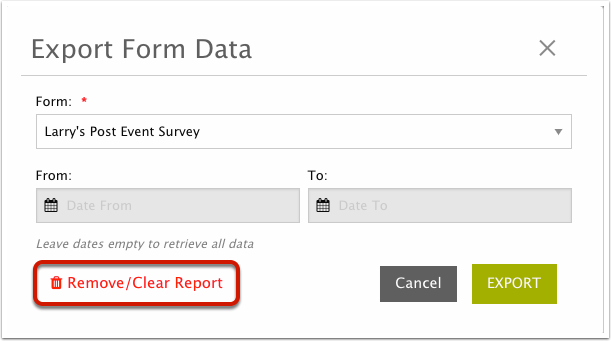 You will not be able to remove the form itself from the picklist if it is still enabled. 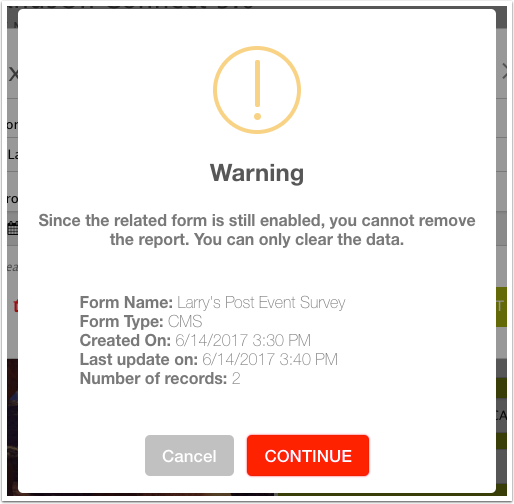 You can however delete the forms data by proceeding: 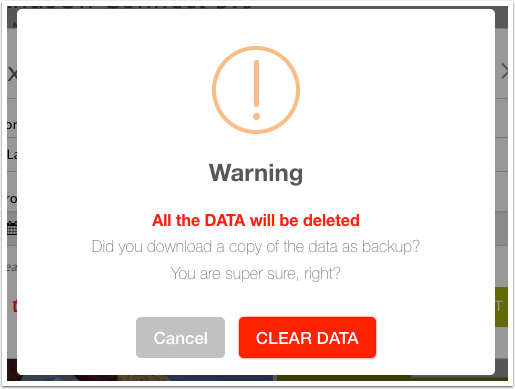 If the form is not enabled - you'll be able to delete both the form and all its data!   Be sure you export your form data (as a backup)  before deleting it,  as there is no undo once you clear the data.

The following improvements have been made to donation forms:

1 - Removed validation to force to include donation amounts when checkbox Allow other amount is enabled.

3 - Included new field to manage the text of the button Donate and allow include custom text in multiple languages.